CFC Properties is the real estate arm of Cook Group that was founded in 1973 by Bill and Gayle Cook, because of their passion for saving architecturally significant structures. Throughout its 40-years of operation, CFC’s portfolio has fluctuated with an abundance of commercial, retail, residential, and hospitality properties.

By the Numbers – An Impressive Track Record

Year-to-date, CFC has restored 34 buildings, 21 of which are listed on the National Register of Historic Places. CFC partnered with the Historic Landmarks Foundation of Indiana to stabilize and restore the historic West Baden Springs Hotel and the French Lick Springs Hotel; both located in southern Indiana.

Regarding new construction, CFC has built six new buildings. Of those buildings, 2 include green features, The Kirkwood, a luxury apartment complex (CFC’s largest residential property), and The Hoosier House at the Grant Street Inn, a luxury boutique inn.

Overall, CFC has made a phenomenal community impact – a total of 40 buildings and three restored historic structures. 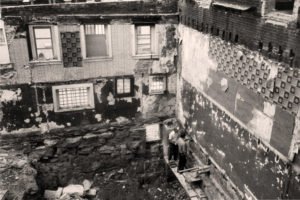 For the past 48 years, CFC Properties, the real estate arm of Cook Group, has paved