CFC originally began as the Cook Financial Corporation as a means for the Cook family to assist its employees with no-interest loans rather than acquiring a bank loan. By the 1970s the loan program was no longer necessary. During this time, the corporation morphed into a real estate development and management company. Bill Cook did not want his name to be part of the new company name, so it remained as only CFC. Years later, “Properties” was added to the name to help clarify the business.

What began as Bill and Gayle Cook’s, founders of CFC, passion for restoring historic and architecturally significant structures eventually sparked the revitalization of downtown Bloomington, Indiana, additional areas within Indiana, and Canton, Illinois. Their efforts lead to preserving timeless pieces of history, including over a century of embodied energy, and boosting the economic climate of multiple communities allowing residents and businesses to thrive.

The greatest resource in the Cook’s restoration efforts has been CFC Properties. CFC services four industries within the marketplace – commercial, retail, residential, and hospitality. Operating nearly half a century, CFC’s portfolio has fluctuated with an abundance of commercial, retail, residential, and hospitality properties.

By the Numbers – An Impressive Track Record

Three historical structures have also been restored, which include the murals inside the Monroe County Courthouse’s dome, the Rose Hill Fountain located in the Waldron, Hill and Buskirk Park (formerly the Third Street Park), and a Hay Press located in the O’Bannon Woods State Park.

In addition, 13 new construction projects have been completed. Of those buildings, two include green features, The Kirkwood, one of Bloomington’s first luxury apartment complexes, and The Hoosier House at the Grant Street Inn, a luxury boutique inn.

Overall, CFC has made a phenomenal community impact – a total of 68 buildings and three restored historic structures.

watch the full cfc story
Learn About a CFC Career 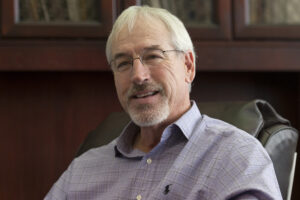 BLOOMINGTON, IND – Cook Group announced today that Jim Murphy will be retiring from his role 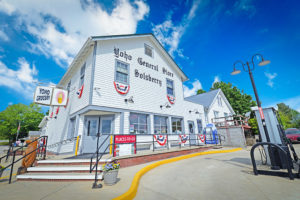